The Georgia Hoops Recruiting Service is the premiere men's basketball recruiting service in the Peach State. Coaches from all levels from all over the country subscribe to the service.

...open for some seasonal work. Santa Claus doesn't work around the clock either. Stop by my other venture at the National Hoops Report. I'll be rolling out some one on one interviews on the site this month.
at 10:27 AM 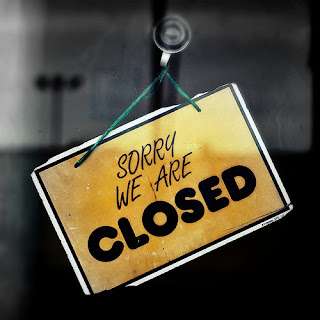 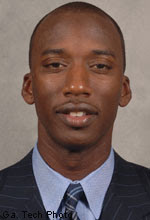 Georgia Southern University will announce Charlton Young as the new head men's basketball coach on Thursday. Young, a 1994 graduate of the school, takes over for Jeff Price.

Young is currently an assistant coach at Georgia Tech and has been with the Yellow Jackets since 2005. Young has coached at Auburn, Jacksonville, Chattanooga and Northeastern.

Young is a familiar face in Statesboro. He was inducted into the Georgia Southern Hall of Fame this year. As a point guard for the Eagles, Young set three GSU basketball records: career assists (530), career three-pointers made (241) and season three-pointers made (93).
at 9:12 PM 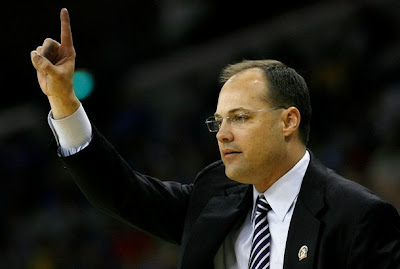 Georgia Hoops has learned that Mark Fox will be the new head coach at the University of Georgia.

Fox will come to Athens after a successful career at the University of Nevada. During his time as the Wolfpack head coach, Fox helped the WAC program shine on the national stage and develop a number of professional players.

Kirk Snyder, Nick Fazekas, Ramon Sessions and JaValle McGee all played for Fox and are now in the NBA.

During his tenure at Nevada, Fox and his staff rarely recruited Georgia or the Southeast. The WAC program was a finalist in Shawn Kemp's recruitment last year.
at 9:21 PM 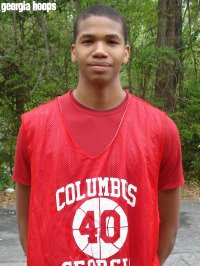 COLUMBUS, GA -- The Columbus Riverfest has been a staple on the Georgia Hoops calendar for as long as we can remember. This year’s event was smaller but competitive as always. The talent in the host city is impressive while some familiar faces stepped up when it mattered.

Adrian Hubbard, Georgia Stars – Strong effort from the 6-7 forward from Norcross. The big man played well inside the paint as a scorer and rebounder in the title game. He recorded a double-double in the victory and was a difference maker down the stretch. He closed out the high school season on a high note and enters the spring schedule right where he left off for the Blue Devils.

Davonta White, Georgia Stars – The strength of the Stars is it’s guard play and in any given game, anyone can be the go-to guy. In the championship game, it was White that took advantage of a mismatch and broke down the defense en route to the basket for buckets. The speedy guard from Centennial finished around the cup and helped the Stars bring home the title.

Trey Bussey, Georgia Blazers – Georgia’s 2010 class is ready for a breakout player and the 6-2 guard from Lithia Springs High School could be that guy during the AAU schedule. Playing the point for the Blazers, Bussey made some tough shots in a highly competitive game against the Georgia Stars in the championship game. He had little trouble getting around the opposing guards and scored either from deep or in the midrange. The game may have been foreshadowing for what could await him on the national stage. Bussey could cement himself into the mid-major level then.

Rion Brown, Atlanta Celtics White – Playing only on Sunday, the 6-5 guard made quick work in his only game of action. The junior from Liberty County shot the ball well, attacked the basket and pumped in roughly 20 points in a tough defeat. He’s turned the corner from pure prospect to a producer. Brown’s game and body is similar to former Westlake and current Winthrop player Gideon Gamble. Brown is better at the same stage.

THE KIDS ARE ALRIGHT

Kentavious Caldwell, Georgia Blazers – The top spot for the class of 2011 is wide open in Georgia and there is a good chance that the 6-5 guard brings home that title at the end of the spring. In the semi-finals of the Riverfest, Caldwell showed why he will be in such high regard by the high-majors this summer. He drilled five three-pointers in the first half and kept the defense on it’s heels with his offensive ability. Caldwell brings a little bit of everything to the table. He’s on his way to stardom nationally, too.

Tim Dixon, Georgia Blazers (pictured above) – Things are about to get crazy for the 6-10 center from Kendrick High School. The sophomore big man is making big strides in his game and turning the corner into becoming a good-looking high-major prospect in the class of 2011. Dixon has a nice go-to move on the offensive end of the floor with a nice jump hook that he can score with more times than not. His hands and footwork has vastly improved and he remains a fine shot-blocker and rebounder in the low post.

C.J. Blackwell, Lou Will Stars – Is there are tougher player to defend in Georgia’s 2011 class? The 6-5 position-less player is a producer. He lit up one team for nearly 40 points during the weekend. Blackwell plays with a toughness that gives interior defenders trouble because of his strength. He can put the ball on the floor and score by attacking. He’s adding a reliable jumper to the arsenal and becoming a threat in the midrange and from deep. Blackwell could develop into a P.J. Tucker type of player. Tucker was a star at Texas.

Calvin Gaines, Atlanta Celtics White – The 6-8 junior looks like a million bucks. He’s big, strong and has a huge wingspan. Gaines, a class of 2010 prospect at Heat Academy in Virginia, could be a player to really emerge onto the scene this spring and summer. The physical tools are certainly there. Consistency and a glimpse into his offensive game will be the thing that keep people coming back to see him play.

Darren Daniel, Georgia Blazers – The hometown Blazers looked like the clear cut favorite to win the Riverfest event on Sunday morning. Then Daniel, a 6-4 wing, was fouled hard by a Georgia Stars player and was taken to the hospital for a number of stitches in his mouth. Daniel was the difference maker for the hometown team. The Phenix City, Alabama native does a little bit of everything from the wing. His progression will be interesting to watch in the spring.

The Georgia Stars 15 and under team won their age division thanks to team play, offensive balance, a simplistic attack and good depth. From top to bottom, the Stars have a roster full of young players that know how to play.

Chris Denson, a lefty guard from Shaw High School, quietly pumped in 29 points for the Georgia Jaguars. He scored 41 in a game on Saturday.

The Lou Will Stars have a handful of players to keep an eye on in the 16 and under division. Guard Kiki Simmons of Wheeler and wing Blake Ralling of Westlake were both eye-catchers.

Nick Marshall of the Georgia Blazers will have plenty of options for college. He’ll have to make a decision between football and basketball. He’ll be recruited by high-major schools in both sports.
at 5:29 PM 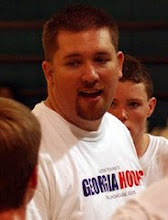